A Day on Dartmoor

My Wednesdays off are coming in handy especially this time of year where every week the landscape is changing due to emerging flora and fauna. After having a recurring viral bug for the last few days I was keen to got out an about. The weather report suggested rainy in the morning so I did some well needed house chores and then vacated to Saddle Tor at 11 am. I needed to check the state of the bluebells at Emsworthy Barn / Holwell Tor area. Just as I suspected they are way behind the lower parts of the Tor; another 2 weeks I reckon for that one.

I moved on as the weather was bad; raining, no sun and windy. All looked drab. so I thought I’d pop into Becky Falls – the non-tourist footpath leads you around the back to the falls without paying. Not that I would be adversed to it but the frequency I visit there I’d be broke by now. The weather improved as the report suggested and some sunny spells dappled the ground – however a bit too much on occasions as I wanted flatter light for the long exposures on the water but hey ho! The place looks so much greener than last winter with the ferns coming out.

As the weather was improving, and after shooting the hell out of Becky Falls 😉 LOL, I grabbed some lunch, quick charged the batteries, emptied the mem card and then made my way to Hembury Woods again. I thought before that five days later these should be worth shooting again. Having found the location I headed straight there and waited for some nice light – I didn’t have to wait too long as the sun beamed thought he beech plantation as it had the weekend before and bather the even more rich carpet of bluebells with more lovely light. I kept shooting as the midges ate my scalp but I was satisfied I had got this years blue bell woodland shot – lit and back lit and sideways LOL. However I also will blog my recent trip with  group of Togs to Exmouth for more, yes more, bluebells 😉 LOL.

I made my way home for dinner and wolfed it down, said hello to my wife for 1 hours then headed out to Buckland Beacon again to grab the sunset. I think I was pretty tired by this point. The skies were full of god rays and patchy cloud giving a lovely warm pink glow to the clouds in the east and west. I was having trouble finding a good location for the shot and found myself running around the Tor in a vain attempt. I then turned around and saw the cloud behind me (always a good idea to look around for sudden changes in weather) and the pink on the clouds was lovely so decided to shoot out of the sun for once LOL.

I grabbed some captures of the Dartmoor pony heard that had rocked up in a nosy fashion but some shots were a little improvised, and the long shutter speeds made them a bit blurred, as they kept moving around and me trying to get my grad sorted LOL. All in all a fabulous day out! 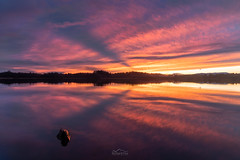 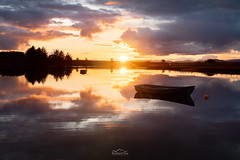 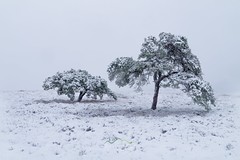