Had a great day out on Saturday. Was supposed to be going north to some friends Mountain Biking bt a crash on the main Torquay meant it was a scuppered weekend. Was a lovely day on Saturday and so I wanted to re-visit Wistman’s Wood. I parked up around the corner from the main car park and headed off into the Farm and walked alongside the Devonport Leat toward Beardown Tor.

I took some shots of the Bridge and the leat on my way up into the small forest and then left the Leat track up the footpath to Beardown Tor. THere were a few heavily pregnant Dartmoor Ponies next to the Tor which were not in a mood to be photographed so I abandoned that idea and just shot what took my fancy. The sunshine was stong and tended to bleach out many shots but it’s all about experimenting and also with https://nexiumreviews.com/ greater contrast brings different techniques and ability to try out some monochromes etc.

I walked down to the weir and the water level was fairly low so was easily able to cross over after taking some long exposure shots of the bull’s eye plate and sluices and the overspill. Then I walked over towards Longaford Tor and then back towards Wistman’s Wood where I stopped for a snack and drink and tried to capture some scenes inside. It’s quite dense with not much contrast as most structures including the stunted oaks are covered in moss making it, in strong sunlight, a challenge.

Was a lovely, dry and sunny day and I recorded my trip on my Garmin (which I use as a portable OS map). Most of my photos were for fun rather than something of spectacle but it’s good to challenge yourself to get some decent shots in different conditions and locations. 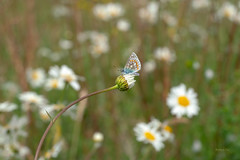 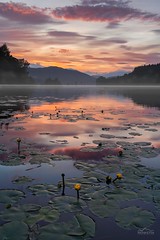