It was one of those mornings where you wake at an ungodly hour and feel bright as a button. Tuesday for me started at 4.30am as I drifted down to my laptop to see where and when the sun was rising. I initially planned to go somewhere else but as time to sunrise was drawing near I opted for Haytor being closer to home and the thought of capturing the heather I had eagerly been awaiting for sometime now. I had seen a shot of Alan Howe’s last year of the morning’s sun bathing some heather and used that as my inspiration. I had cycled past the heather and gorse the weekend before and knew where it was so I could find it in the dark.

I got up to Haytor for about 5 am but after re-checking the sunrise times I had kinda got it a bit wrong having to wait till 6.15 for the sun to appear (wasn’t obviously that awake). Oh well plenty of time to scout the surroundings. I thought I might get some of the nice mist that was further away laying in the Widecombe Valley (mental note) later on but little did I know I would spend all my time at Haytor. As the light increased I noticed some cloud on the horizon but was only going to delay the sun by a few minutes. As it rose above the cloud I have to say it was the best light I have seen from a sunrise for a while. It was kind of vanilla ice cream in tone and clean and initially very soft gaining strength of course as it rose up into the sky.

The way it fell onto the lilacs and purples of the heather and the yellows of the gorse was fabulous to photograph and witness with only the sound of farting and peeing cows and ponies to break the silence 😉 I captured quite a few portraits and landscapes of the heather looking both into the sun and away west towards Rippon Tor but as it rose I hurried across to the west rock and shot from there into the distance and back into the sun to semi-silhouette the east rock (I had been meaning to get that shot for a while). I also attempted a 360 panorama but I haven’t processed that yet – will take some time and care.

From there I noticed that the sun was still low over the east part of Haytor Down casting wonderful shadows over the clitter, heather and bracken looking towards Greator Rocks so had to get some shots of that too with the golden light still bathing the westerly rock and creating shadows. If I hadn’t had to go to work I would have stayed on a bit longer but that’s life. I have to say most of my shots (taken with my new lee hard grads (3 stop)) didn’t really need any processing apart from the into the sun shots which is the best thing to get! 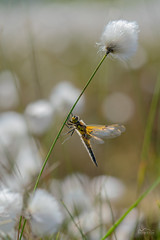 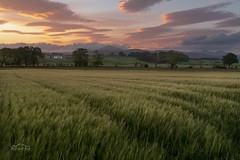 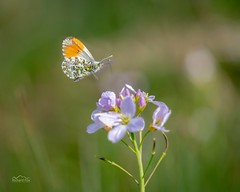 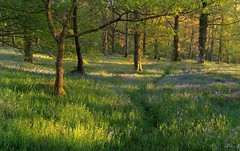