I thought I’d combine a blog from two outings in the last week. Firstly a visit to Haytor Down quite early Friday morning. I hadn’t planned on this one at all but one of those nights where I had intermittent sleep and woke up at about 4am. Again I thought well might as well go out. On the trip up I noticed some mist and started getting excited. I visited one location I have wanted to shoot but there was no light on the foreground and the midges were awful so I moved on and walked over the Haytor Down.

The sunrise was delayed due to a bank of cloud and mist on the horizon. I ended up walking up and down the wide path looking for a decent POV when I spotted a lovely fresh spider web covered in dew. I set about shooting and then it flowed from there. I noticed the low light shining on the hills opposite and the banks of mist laying in the low areas and decided to try some panoramas too was definitely worth getting up. I just need to get to grips with PTGui now for my stitching as photoshop gives quite variable ordergenericpropeciaonline.com/ results.

On Tuesday evening, after seeing quite a few shots of the South West’s corn and barley fields I was inspired to go shoot some myself. I was feeling a bit low and knew that an evening of togging would make me feel better. The forecast was late building cloud but as luck would have it the evening’s cloud was great and late in closing at about 8.30. I wore the wrong kit (sandals and shorts) and the brambles and corn/barley took their toll on my lower legs. I walked around Forches Cross and up Staple Hill as I’d seen quite a few corn and barley fields from going to work.

I wasn’t disappointed. I had plenty of time before the sun went down (arriving about 7 pm) and start shooting close to my arrival point but wanted to get some perspective in and the land was a bit too low lying. I probably walked a few miles in total but managed a few unexpectedly nice compositions. The light that evening was perfect, the evening crisp and surprisingly clear. I concentrated getting my focusing spot on as the foreground were very important and would be very noticeable if blurred. 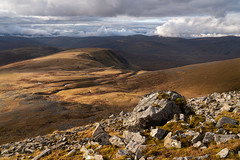 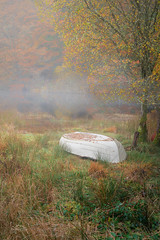 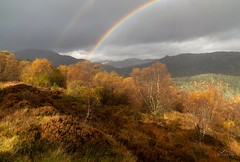 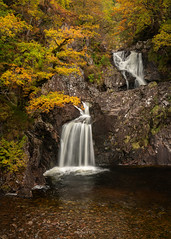